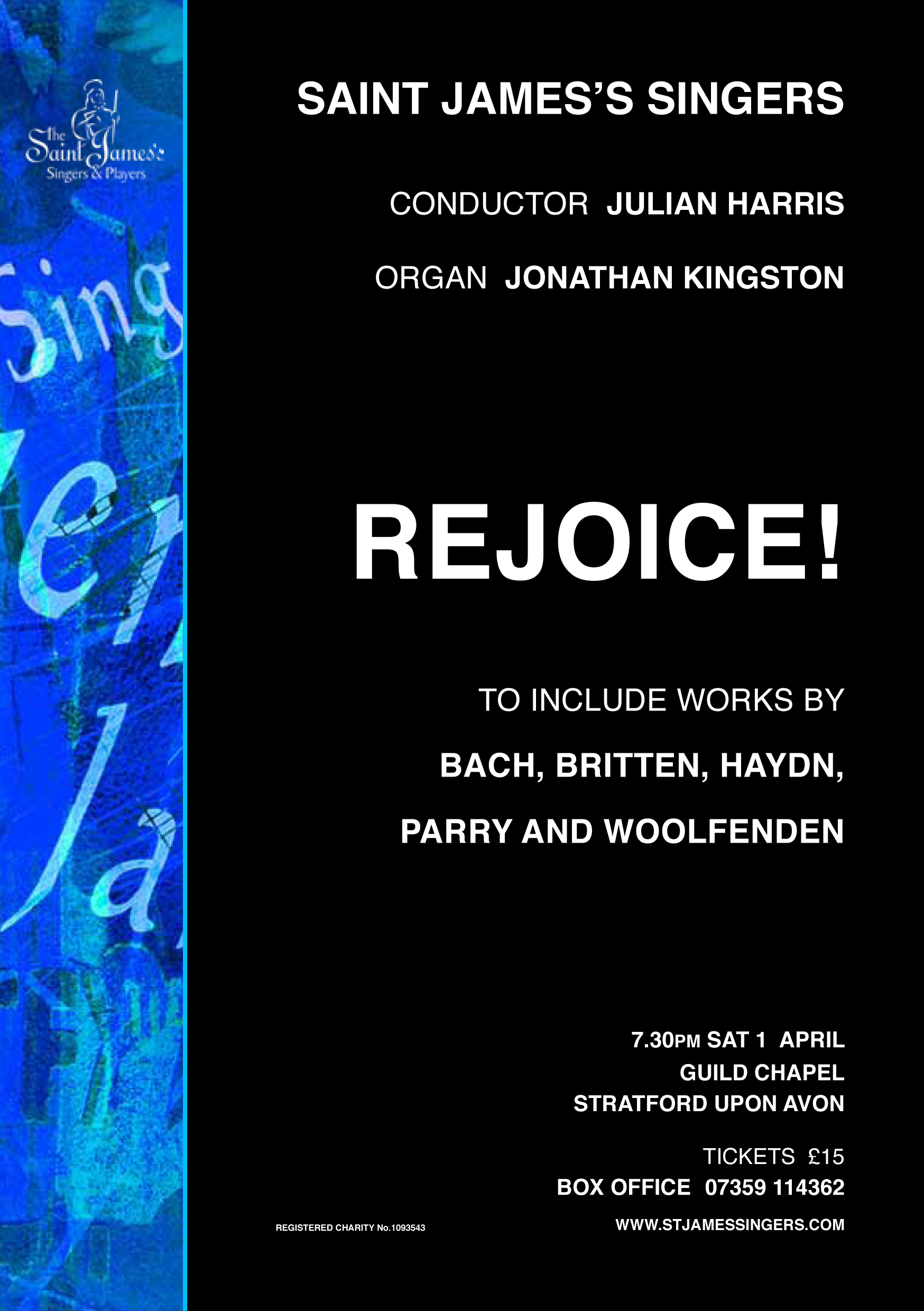 The Saint James’s Singers present REJOICE, a concert of music by Bach, Parry and Britten on Saturday, 1 April 2023 commencing at 7.30pm.

As the Saint James’s Singers enter their final season, their last but one concert will take place on Saturday 1st April at 7.30 in the Guild Chapel, Stratford upon Avon, the beautiful building that the choir has some come to love performing in.

The music will focus on the theme of rejoicing.  The concert will begin with Benjamin Britten’s most popular choral work: Rejoice in the Lamb, with the slightly zany text by Christopher Smart, a unique and sparkling piece which defies categorisation.  They will also sing Redford’s Rejoice in the Lord, and the life affirming Jubilate Deo composed by Guy Woolfenden, former Head of Music at the RSC and a huge friend and supporter of the choir.

And there will be other delights in the programme.  For instance, the rarely performed Missa Brevis in F by Haydn, composed when he was just 18.  It is a short and simple setting which nonetheless contains the joyous rhythmic and melodic features which characterise the composer.

Parry’s Blest Pair of Sirens should raise the roof.  It is a particular favourite of conductor Julian Harris, who said, ‘I was once made to learn all of Parry’s Fourth Symphony for one rehearsal.  Hard work, but I fell in love with the composer and his music in the process.’